A downloadable game for Windows and Linux

A rainfall has arrived in the land of cats! With it arrive the mysterious mooncats, chasing down the townsfolk and running rampant. What could these interlopers want? Help Mimi in this cutesy platformer-shooter as it explores distant fields to discover the source of this event and bring peace back to its home!

Mimi has the latent power to control mooncat magic, and uses it to fight back and traverse the world. Discover and experiment with the different spells, and make them more powerful with starlight gathered from defeated foes! Each spell is unique and will assist Mimi in different ways. You might even find some moonkitty pals that will help it become even more powerful...

In order to download this game you must purchase it at or above the minimum price of $13 USD. Your purchase comes with a Steam key. You will get access to the following files:

This was really enjoyable, cute, and fun!

I loved the sheer amount of variety packed into it, from the enemy designs and behaviours, to the spells and upgrades that could be acquired, to the visual and mechanical designs of the stages, and so forth. I was always looking forward to what kinds of neat things I'd find next, even if those neat things were trying to attack me! I think Scroombler was my favorite non-boss enemy design, though Blorbo was a close second. I also found the Detonator spell to be really funny for some reason, though I didn't use it all that much. The idea of a little handheld orb that intensely vibrates and causes everything in the vicinity to start blowing up made me giggly. The Moonball spell was fun, though I quickly forgot its name and just starting calling it the lawnmower for reasons that may or may not be obvious.

The big highlights of the game for me were the boss fights. The first boss fight was pretty standard fare, but all the ones after that were unique and got pretty hectic at times, especially since I cranked all the difficulty settings up to the maximum values. I think my favorites were probably the second boss and the final boss. The second boss requires you to think ahead so you don't trap yourself in a corner while also encouraging you to switch between the Raincloud spell and the Witch Bubble spell at optimal times to maximize the damage you deal. The final boss was a very fast paced dodge fest where more emphasis was put on dodging attacks than landing your spells. The last moments of the fight where you barely have any space left as the boss lets out a near-constant stream of attacks was really adrenaline pumping, especially since I could only survive one more hit! The music certainly helped as well.

I think my only complaints would be the lack of a level select feature and that the camera felt too zoomed-in at times. The former makes it so it's necesary to start over from the beginning of the game if a collectible is missed, though it's still easy enough to lower the difficulty and get through the game much faster than normal. The latter can sometimes make it hard to see where you're jumping to, though I also really appreciate that bottomless pits have particle effects rising out of them so it's always easy to tell where they are. Being unable to see further was more often a mild inconvenience rather than a major setback.

I liked the amount of effort put into the settings. The ability to reduce the visual and aural clutter on top of the ability to give Mimi a bright outline were personally the most helpful for me. My mind tends to want to focus on everything all at once, so it's really nice to see stuff like that! I'm sure a lot of people will really appreciate the effort you put into the accessibility settings.

Overall, this was a really good game!

Oh gosh I can’t believe I never saw this! (This is Gifty btw) Thank you so so much for enjoying my game, it makes me happy seeing everything you liked about it!! The stage select idea is something I’d been working on, though I haven’t gotten much done with this game recently. Hopefully I can make that change soon!

So good!! Love the boss fights!! 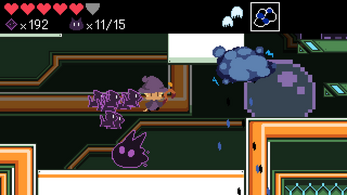 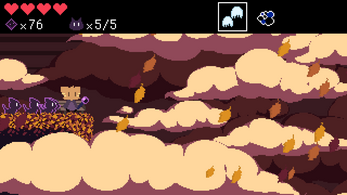 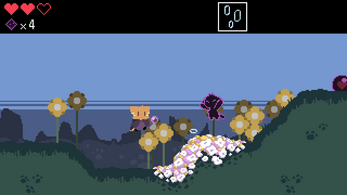 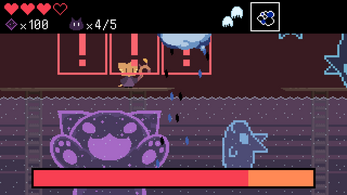 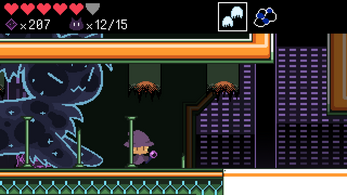